A6 Toome to Castledawson - Public inquiry

Sets out details of the Public inquiry held in November 2007 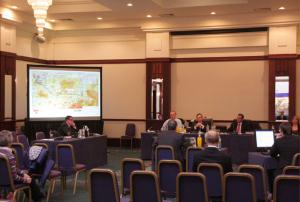 The Public inquiry is closed

The Department appointed Mr J A Robb as Inspector and Mr D L McAvoy as Assistant Inspector to hold an inquiry to consider the dual carriageway proposal.

The purpose of the pre-inquiry meeting is to help the Inspector and all parties concerned with the Public inquiry to prepare for the Inquiry itself, so as to enable the proceedings to be conducted as efficiently as possible.