The Minister also took the opportunity to meet local Rivers Agency staff who helped deal with the winter flooding of 2015 when Lough Neagh water levels were the highest ever recorded.

“These sluice gates are a vital piece of infrastructure which my Department has responsibility for.  The system of sluice gates regulates water levels on Lough Neagh and flows in the River Bann, the principal river system in the North.

“This system drains 43% of the land mass of the North so I wanted to see for myself how this system works.  This plays such a vital role for a large range of stakeholders particularly in times of heavy rainfall when these gates are managed to minimise the effects of flooding.

“I also met with Rivers Agency staff who dealt with the flooding over the winter of last year.  This gave me an important insight in to flood prevention and response work on the ground in the event of flooding and provided the opportunity to discuss lessons learnt and actions for the future.” 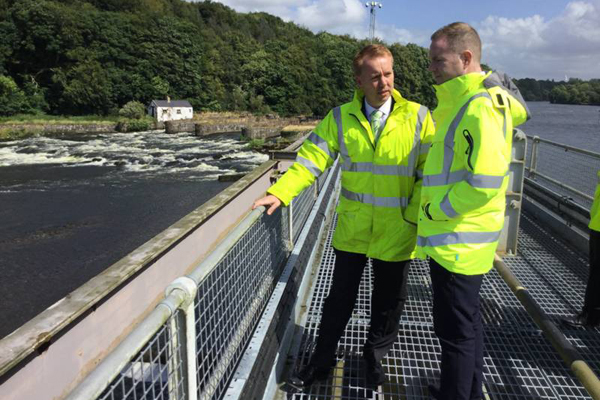